April having a flashback

Today was a perfect day for a nice ride on the trails.

April had been invited to go with a few of her friends from the barn. Early in the morning they had hooked up the trailer and loaded up the horses and headed to the park nearby. Once they arrived, they tacked up the horses and headed out. April was excited to be riding Chic. Her horse, Js Little Money or “Money” for short, got a little too excited on trail rides. Which made April tense up and overall just didn’t make trail riding a lot of fun.

Justin chimed in “I agree, she is one you can absolutely trust and be relaxed on the whole ride.”

Many years back Chic had taken great care of Justin on a trail ride. He had go on a weekend trail riding event and had had a few too many beers while riding on the trails and by the end of the day he had passed out on Chic. The rest of the way back she made sure he stayed on and kept him safe even with him sleeping on her back.

Needless to say, April knew she was going to have a good ride. In her mind, it was a great day. There could be no better way to spend time than to be with a great group of friends on the back of horses.

As they were chatting away and making jokes at each other, a snake appeared on the trail. April and Chic were the first ones to come across the snake. As it started to slither away, Chic stayed confident and continued down the trail. April took a deep breath, she hadn’t noticed how quickly she had tensed up anticipating the mare to spook; but should have known better that she wouldn’t.

April sat in the corner of the stall watching King play around with his Dam, Chic. As memories of the dam were flooding through her head, she could only imagine how great of a horse King was going to be. Would he be fun to take on trails too?  Would he be easy to catch in the pasture?

As she was daydreaming, Carol walked into the barn.

“Hey! I was wondering where you were. What are you doing?” Carol asked

“Oh lord! I hope not! Chic has just started to let me catch her without any problems.”

Chic was easily one of the hardest horses to catch out in the pasture. Which always made for an interesting time. Sometimes we’d have to bring feed out in a bucket or treats just so she would come to us. However, if she had it set in her mind that she didn’t want to be caught that day… good luck!

“That sounds like fun! Let me go get Money and tack him up”

Once Carol and April were in the arena, King started to run around. The girls were having a good laugh watching him jump and run all around Chic. He was full of energy and testing out his little legs of his.

After he calmed down, the Girls rode next to each other and started to chat. “Soooooo how are you and Brandon?” Carol asked April. April rolled her eyes  “We are alright, I have been pretty busy doing my own thing between work and school. Any free time, I want to be out here at the barn. Which annoys Brandon, but I really don’t care.” April and Brandon had been dating on and off for almost three years.

April quickly changed the subject to their plans for Friday night. She really didn’t like talking about Brandon, she was avoiding that subject as much as possible. Her family didn’t approve of him and her friends weren’t fond of him either.  He was six years older than her and spent all of his free time playing video games and avoided all of April’s family get-togethers. April knew there was no long-term relationship with him, but every time she tried to break it off with him, it got very complicated.

“So are we going out Friday?” April asked Carol

“You bet! I am ready to get my dance on! I hated I had to work last Friday and couldn’t go out to Eagle Station”

Eagle station was a bar that April and her friends frequently visited on the weekends. Sometimes even on Wednesdays for karaoke night. In years past the building had multiple different restaurants so the setup was not a typical bar/dance floor setup. As soon as you walked through the door you could go up the steps to the left to the bar that had multiple tall tables or if you went to the right it led you straight onto the very small dance floor.

After their short ride, they put the horses up and went their separate ways to get ready for the night out.

April looked over the stall that King was in one last time before heading out. She thought to herself “He is just so handsome”

She got in her red mustang and drove off.

As the girls were headed to the bar April started to tell Carol about what happened before she picked up Carol.

“I don’t quite understand why I am still with him. At this point, I feel like it is just so he won’t threaten to do something stupid if I break up with him. I just don’t have time to deal with that drama between school, working, and riding.”

Brandon was a nerdy computer guy that RARELY left his computer unless it was to go to work with his dad as an electrician. April’s family could care less about him especially because he rarely came to family events and when he did come to family events he would just sit in one spot and stay on his phone.

It was important to April that her family loved who she was with and accepted him as part of the family. So she and Brandon would get into multiple arguments and at this point, April was just done with it, but at the same time didn’t like the idea of being alone.

“Just forget about it tonight and let’s go have an awesome time!” Carol said while dancing to the music in the car.

They walked through the doors at Eagle Station and took a minute to look around to see who was there and what was going on.

April had noticed that Sean was there. She had met Sean through Justin and Brad. They had brought him to the barn a few weeks back and April recognized him at one of the tables at Eagle Station, but she quickly turned her head after noticing him dancing with another girl.

“Let’s go get some drinks!” April shouted over the loud music to Carol

Unfortunately, Carol was still too young to drink, but that just meant April had a designated driver for the drive home.

After they grabbed their drinks, they found a place to sit down before it was time to dance the night away.

It took a while for April to get the nerve to dance, but after a couple of drinks, Carol and she were dancing to every song barely taking any breaks. Most weekend nights they were there till the bar would close and then head out to a restaurant that was open 24hrs. There were many times that April walked into her house at the same time her parents were getting up to go to work.

free goodies straight to your inbox 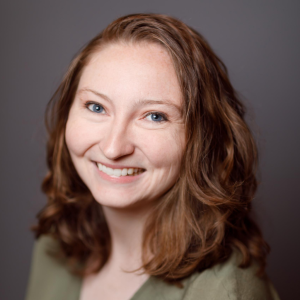 Hello and welcome to my blog! My name is April Hardeman and I am passionate about horses and helping equine businesses run smoother.
Read More…

Stay up to date

Stay up to date with all the latest

We use cookies on our website to give you the most relevant experience by remembering your preferences and repeat visits. By clicking “Accept”, you consent to the use of ALL the cookies.
Cookie settingsACCEPT
Manage consent

This website uses cookies to improve your experience while you navigate through the website. Out of these, the cookies that are categorized as necessary are stored on your browser as they are essential for the working of basic functionalities of the website. We also use third-party cookies that help us analyze and understand how you use this website. These cookies will be stored in your browser only with your consent. You also have the option to opt-out of these cookies. But opting out of some of these cookies may affect your browsing experience.
Necessary Always Enabled
Necessary cookies are absolutely essential for the website to function properly. This category only includes cookies that ensures basic functionalities and security features of the website. These cookies do not store any personal information.
Non-necessary
Any cookies that may not be particularly necessary for the website to function and is used specifically to collect user personal data via analytics, ads, other embedded contents are termed as non-necessary cookies. It is mandatory to procure user consent prior to running these cookies on your website.
SAVE & ACCEPT